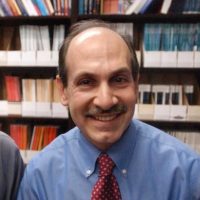 Dr. Gurwitz is a nationally recognized expert in geriatric medicine and the safe use of medications in elderly patients.  He serves as the Dr. John Meyers Professor of Primary Care Medicine at the University of Massachusetts Medical School, where he is also chief of the Section for Health Services Research in the Division of General Medicine and Primary Care, and Professor of Medicine, and Family Medicine and Community Health. A 1983 graduate of the University of Massachusetts Medical School, Dr. Gurwitz completed his residency in internal medicine at the University of Massachusetts Hospital in 1986. He completed a fellowship in geriatric medicine at Harvard Medical School and remained on the faculty at Harvard until returning to Worcester to assume his current position as the first executive director of the Institute, in 1996.

Dr. Gurwitz has published numerous original articles, reviews, commentaries and book chapters on the optimal use of drug therapy in elderly patients. He is a fellow of the American College of Physicians, the American Geriatrics Society, and the Gerontological Society of America.